Solihull racing driver Nick Yelloly got his BMW Motorsport career off to the perfect start in China as he took victory in his first race at the season-opening China GT weekend, followed by a third-place finish in race two.

Racing alongside team owner Jun-San Chen, Yelloly put the BMW M6 GT3 on pole position to give FIST -Team AAI Motorsports the perfect opportunity to make the most of grid position at the start of the race.

Chen would start the first race before handing over to the British driver who would go on to have a hard-fought battle with former fellow World Series by Renault 3.5 competitor Jazeman Jaafar before taking the victory. 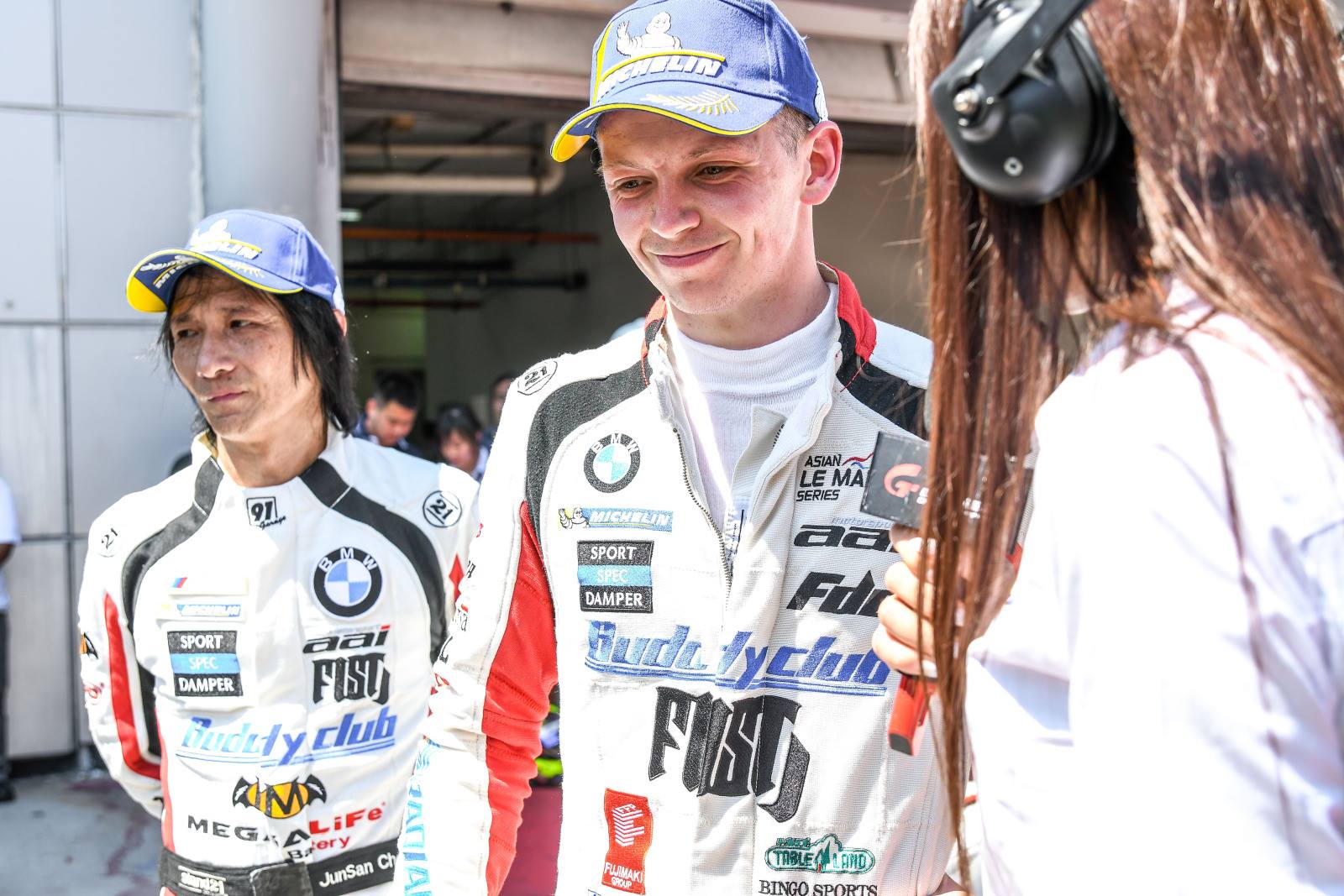 As a result of taking the win in the first race, the duo would have to take on 50kg of success ballast for the second race, starting from fifth on the grid.

For the second race, it was Yelloly’s turn to start and immediately managed to catapult himself into contention for the lead of the race, taking first place on the second corner. Chen would manage to hold on to a podium finish in the second half of the race as the faster cars with less ballast forged their way into the lead.

With a win and third-place finish, Yelloly and Jun-San come away from Sepang in the lead of the China GT championship.

“First impressions of the circuit were very good; it had every type of corner and a great flow to it as well. Overtaking was definitely possible in most areas, so all in all a circuit I’d love to go back to!”

Nick on the China GT Series

“The China GT championship was a great experience, I had never raced in a Pro-Am race format before, and my teammate Jun-San did a great job in both races. Having each driver to start one of the two races is a cool idea and you can play with strategy more against the other competitors.”

Nick on expectations for the weekend

“I didn’t go into the weekend with any concrete expectations if I am honest. It was my first time at the track and also working with the team, I knew we would be competitive but to have the Pole and Race 1 win followed up by a third place with the 50kg ballast was more than I could have asked for, and dream start to my BMW career.”

Nick on fighting for victory in Race 1

*“It was a tough race for the win, but I was confident in holding on. I had raced with Jazeman [Jafaar] back over here in Europe so knew he wouldn’t do anything stupid; I hope we can have many battles like this throughout the year!”Nick on second race and success ballast“The expectations for the final race with the ballast were not too high, I knew against the other cars around me in would be a tough race. I managed to get straight into the lead at T2 and pull a nice gap which definitely helped us hang on. Jun-San then drove a great second half of the race to bring it home in third which was a mega result considering!”*